At age 71, Kathleen is currently a professor at Yale University, one of the most prestigious in the world. As a law professor, she is dedicated to the study of African-American issues.

Married for twenty years to one of the historic leaders of the Black Panthers, Eldridge Cleaver, the third man of the troika which also included Newton and Seale, she was the party’s communication secretary between 1967 and 1969, before she exiled herself in Algeria, with her husband, who was then convicted for attempted murder during a shooting against policemen in Oakland.

"The United States are different from other capitalist countries,” she says, summarizing the analysis in which her organization was based. "The [country’s] economic and social structure have a component of colonial domination within the territory itself, to which other people were brought to by force. It is not just racial prejudice, but supremacy as a form of state and society."

This logic led the Black Panthers to only accept African-Americans associates. They believed that common interests would be defended by coalitions between different associations, each with its own national or ethnic identity.

The State vs. the Black Panthers

Part of the press took advantage of this criterion to frame the group as racist, advocating some kind of black supremacy. The other part of the deconstruction campaign was to paint the movement as a fan of violence and terror.

“We were at war and had the right to defend ourselves," says Elaine Brown, the last president of the party before its dissolution. "But we resorted to violence only when attacked. Our main job was the educational and social organization. " 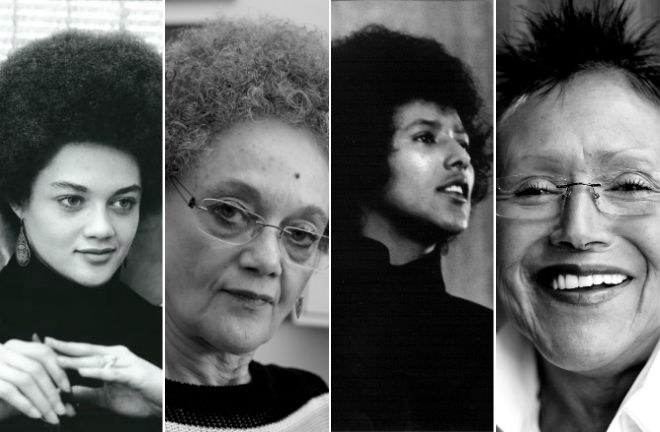 Kathleen Cleaver (on the left) and Elaine Brown (right), in photos from the 70's and nowadays

Born in 1943 in a Philadelphia ghetto, currently 73 years old, the activist also became a singer and a writer. When the Black Panthers were already in declining, divided and under severe repression, Elaine was named by Newton, who had escaped to Cuba, the new commander of the movement, a position she would occupy between 1974 and 1977.

"No one had a recipe to face the repressive pattern that was being adopted by the government," recalls Elaine. "We tried to apply one of Mao's maxims, which stated that the guerrilla must move among people like a fish swimming in the sea. But the walls were closing in on us."

Besides self-defense, the party became known for implementing assistance programs in the poorer neighborhoods, the most famous program might've been to provide breakfast for children from very poor families. It was a smart strategy to expand their influence and attract new members, also allowing the construction of a significant financial network between artists, intellectuals and even executives.

The Black Panthers were also able to maintain a weekly magazine, which circulated nationally, and to build political training schools, in which thousands of men and women were educated.

They also took part of elections with the Peace and Freedom Party, a left wing party still active today, foi which Eldridge Cleaver ran for president in 1968. He had less than 50,000 votes: few were the African-Americans registered to vote.

They didn’t draw, during their heydays, more than 10,000 militants, according to calculations made by various leaders. Their potential for social, political and even military growth, however, attracted the attention and the wrath of security authorities.

Hoover ordered the FBI to perform all sorts of operation to demoralize, divide and destroy the Black Panthers. The toolbox against the rebel organization was complete: infiltrations, forged accusations, murders, mass arrests, planted evidences.

The Los Angeles police, followed by other cities', gave a movie-like contribution to the announced hunt, with the creation of the SWAT, a special troop forged to combat Newton, Seale and Cleaver’s party. Its baptism of fire was a battle to storm the headquarters of the association in the city of angels

The end of the group in the 80s

The U.S. Senate, in 1975, officially recognized the illegalities committed by the police, but no compensation was determined. Many of those who had survived and were rotting behind bars never received any type of amnesty or pardon. The police officers responsible were never to be punished.

At this point, moreover, the burden of arrests, deaths and divisions was already unbearable. The party practically ceased to exist, despite the efforts to survive that continued until 1982.

Many of its members incorporated themselves into other groups, especially the Black Liberation Army, active until the mid-80s. The Black Panthers’ mobilization and representation power had, however, been crushed the by the world’s most powerful state.

The head of the US federal police fulfilled the threat predicted in an official FBI document, "Young black people and moderate activists need to understand that, in case they decide to become revolutionaries, they will be dead revolutionaries."