His path was interrupted in October of 1981, during the Brink case. A BLA (the acronym for Black Liberation Army) commando, supported by other fighters, stole one of the company’s armored cars and three police officers were killed in a shooting during the assault.

Odinga was not involved in the action. The search for fugitives and accomplices, however, swallowed him to the middle of the storm. One of the fugitives, Mtayari Sundiata, went to him asking for help to escape, but the police had already detected him.

The car they were travelling in through the Queens was surrounded by the police and a backup FBI team. The police, in larger numbers and in better vehicles, caught up to them. Under fire, they tried to escape the shooting. His companion was shot, he recalls, facing down the pavement. Oding survived, but was captured after twelve years.

"During six hours I was brutally tortured, after being identified," he says. "They wanted to know where Assata Shakur and Abdul Majid were."

Assata, born Joanne Deborah Byron, had been the BLA’s leader and was released from prison by her own comrades in 1979, escaping to Cuba. The feds were convinced that Odinga took part in the spectacular escape.

The FBI classified her, in 2005, as a "domestic terrorist". She was listed on the ten most wanted criminals list and two million dollars were offered to anyone who would help locate her. The state of New Jersey, site of the crimes attributed to her, took advantage of the diplomatic resumption between Washington and Havana, and started once again to push for her extradition.

Majid, baptized as Anthony Lacombe, was accused of being directly responsible for the deaths of the police officers during the assault of the Brink armored car. He is serving life sentence since his imprisonment, in 1982. 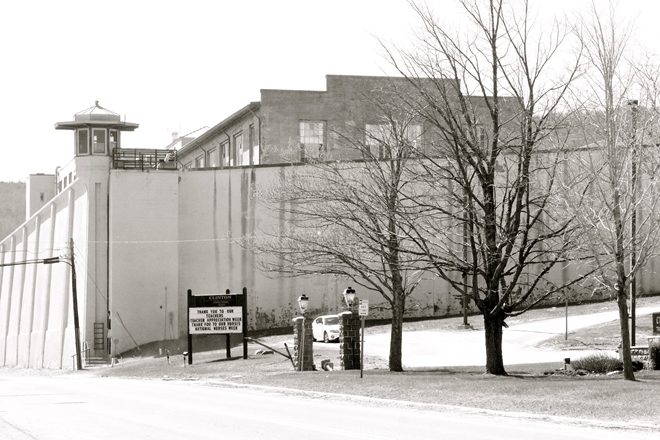 Clinton Correctional Facility: where, Sekou Odinga was an intern

Odinga’s silence, from when we was beaten up in search for information, cost him three months in the hospital due to damage in his spine. He would soon be tried for state and federal crimes.

The federal court sentenced him to 40 years in prison, 20 for Assata’s escape and the rest for participating in an armed conspiracy, under a law designed to curb organized crime.

The New York court sentenced him to life for attempted murder against the six police officers that were chasing him when he was arrested. But he could be granted parole after 25 years.

The decades behind bars

Favored by a benefit available at the time, he fulfilled the sentence after serving two-thirds of his time. His state punishment began when he was transferred to the New York jurisdiction, in 2009.

He became a practicing Muslim.

"Religion gave me calm and concentration to endure a time that doesn’t end," he says. "It's easier to go through the suffering and the losses."

The hardest of his sorrows, he says in a choked voice, was the death of one of his nine children, result of five different marriages. Yafeu Akiyele Fula, nicknamed Yaki Kadafi, was a famous rapper who was shot dead in 1996, when he was 30. The identity of the person who shot him was never discovered.

Dequi Kiori Sadiki, 56, was born Lorraine Woods. When she divorced her first husband, mother of two children and more than 30 years old, she attended a community college in Brooklyn, named Medgar Evers, where she was introduced to political activity for the first time.

She joined a group that claimed the story of the Black Panthers and started to visit political prisoners. She also organized support networks and raised money for defense fees.

A  secondary public school teacher, she was charmed by the guerrilla fighter.

"Despite all this time in captivity, he didn´t become brutalized", she says, almost crying. "He's a gentle, humorous, witty man. Above all, he's a survivor. "

The present and a free future

Perhaps survival is Sekou Odinga’s biggest pride, since the bars have not suffocated his beliefs.

"I do not regret anything, I still believe in the same ideas and dreams," he declares. "There can be no justice and democracy in a country where 1% of the people control over 70% of the wealth. We were very young, we made many mistakes, but I would do it all over again, only in a different way. Facing the state outspokenly did not work. "

The interview is over. Sekou Odinga says goodbye and walks back to his cell.

A court decision considered his sentence in federal prison part of his state conviction, which made him fit for parole.

The board of evaluation, because of his good behavior and because he had no murders in his files, decided to end a martyrdom that had been dragged along for more than three decades.

Sekou Odinga returned to his family on the 25th of November of 2014. The same day the streets of New York and of another 170 cities filled up with the anger and indignation of those who protested against the non-indictment of police officer Darren Wilson, accused of firing six shots that killed, on August 9th, the black boy Michael Brown.

The old rebel was back to the world he had always known.