Born in Oakland, California, he came from a middle class family. His father was a computer programmer. His mother, a secretary, participated in the civil rights movement and had Martin Luther King Jr’s pacifism as her compass.

"My parents were adepts of the non-violence and criticized the more radical groups," he recalls with humor. "The elderly were part of the black nationalist bourgeoisie."

This social condition allowed him to have a good education. He completed his elementary education as a grade A student, earning a scholarship to a high school very well known for its math and science curriculum . 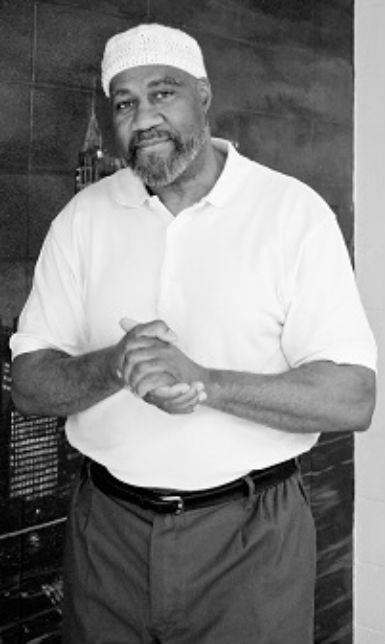 One of his mentors was John Carlos, the 200-meter champion at the Olympic Games in Mexico City in 1968, whose picture with his fist raised, alongside his colleague Tommy Smith, would become a legendary image for the anti-racist resistance.

At eighteen, already engaged in the struggle for civil rights, he joined the San Jose State University engineering school.

He became one of the spokesmen of the Black Student Union and dedicated himself to social work in underserved communities.

His ideas would be shaken, as those of many young people of his generation, on April 4th,1968, when Luther King was victim of a deadly shooting in Memphis, Tennessee.

"I lost all hope that black people could fight without resorting to self-defense, without responding to police’s and racist group’s violence," he recalls. "I hadn’t yet turned 17, but I decided to enroll myself in the Black Panthers, to my mother’s dismay."

Muntaqim would go beyond that, actually. Little more than a teenager, he agreed to join the armed wing of the organization that would later be known as the Black Liberation Army.

"Our role was to guarantee the party’s headquarters' safety, combat drug dealers in black neighborhoods, face the police and obtain funds through bank expropriations," he explains, with large gestures and a paused voice, being careful with his words. "There was a war going on and we had the right to act with the same resources as our enemies".

The times of freedom would end on August 28th, 1971, when he was detained for attempted murder of a police officer in San Francisco, during a confrontation typical of a period when the repression aiming the Black Panthers was being intensified.

He was arrested with Washington and Bell, the three quickly became the perfect choice for the FBI and the New York police, to be held responsible for the crime that had occurred three months earlier, in the east coast’s big city.

Having spent more than twice of his life in prison than he spent on the streets, Muntaqim graduated in psychology and sociology, before the university education program was cut off for detainees sentenced to life.

He also wrote novels, essays and poems, some of them collected in the book “Escaping the Prism, Fade to Black”, released in August 2015.

More than anything, however, he dedicated himself to fighting for the rights of prisoners, in and out each jail he was sent to. He received numerous punishments, usually long periods of  solitary confinement.

With his letters and manifestos, he soon became the main supporter  of the solidarity movement towards political prisoners in the north American society. An appeal signed by Muntaqim led to the Jericho March in 1998, when thousands of activists protested in front of the White House against this cursed inheritance of the rebel years.

"I made an effort to build an existence in prison, keeping myself politically active in any way possible," he says. "Prison makes you figure out your weaknesses and know better your enemy. You learn to survive through the worst situations, to be patient and determined." 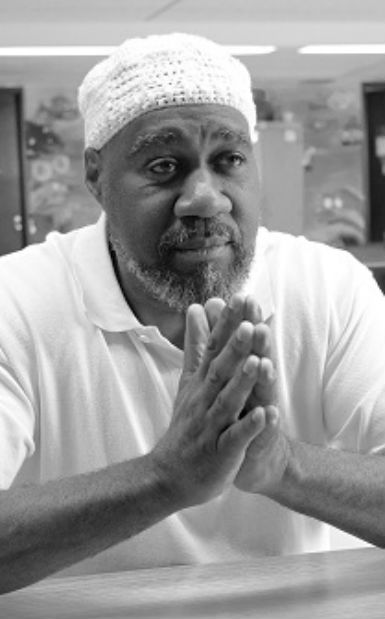 Muntaqim usually receives visits from his daughter, his two grandchildren and his great-grandson, as well as friends and supporters. But he has never had in his hands a cell phone, surfed the Internet or interacted through social media.

"I'm a dinosaur," he says, somewhat overwhelmed. "For decades I’ve followed the news through the New York Times technology section. You can bet I know the theory behind all major inventions, even those that aren't even on the market yet. "

The interview is ending.

The first is what is the first thing he would like to do if he went back to the streets.

"Go out with my daughter, grandchildren and great-grandson," he replies without hesitation. "Then spend a few days with a beautiful woman. Find a great love, return to the trenches against poverty and oppression. "

The second question is whether he has hopes to be released.

"I am a revolutionary and an optimist," he responds with a broad smile. "They did not break me, one day I will be free again".